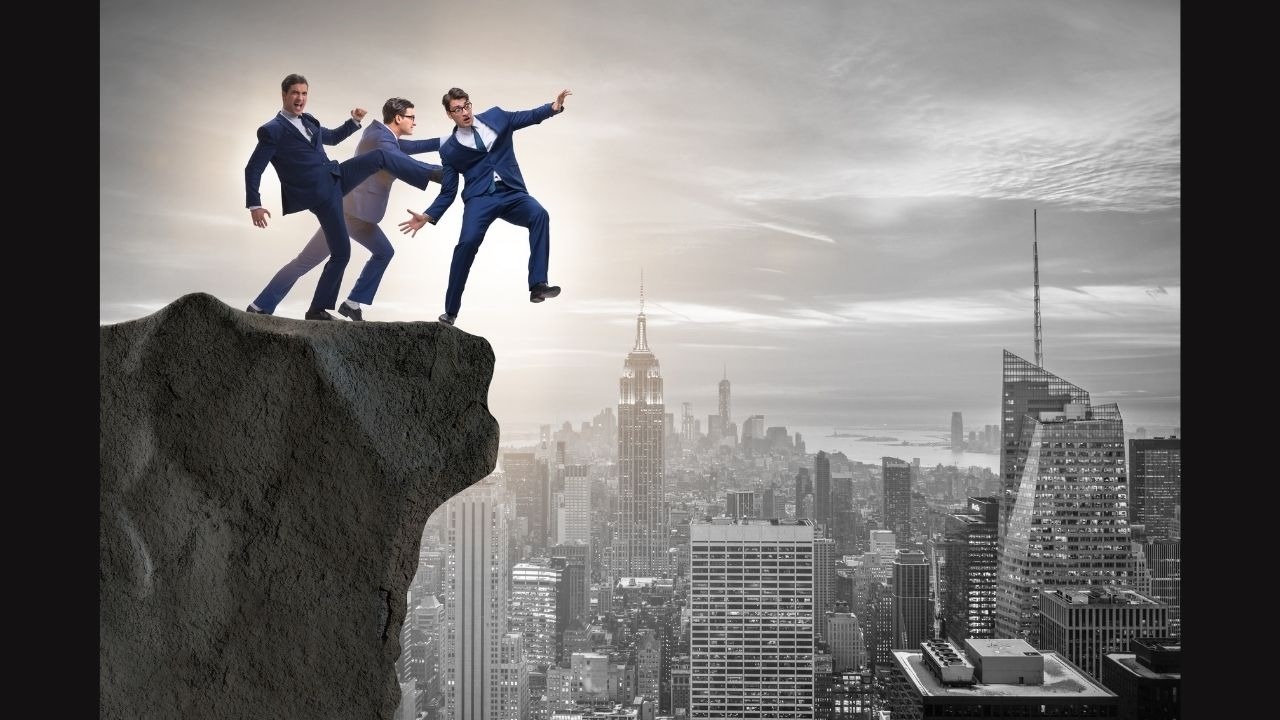 Why Do Some People Put Others Down?

Do you know someone who likes to put others down? Maybe they make fun of your clothes or the way you speak. Perhaps they are always making negative comments about other people. Do you ever wonder why they do this? There are several reasons why someone might enjoy putting others down. This blog post will discuss some of the most common reasons behind this behavior.

The reasons behind such toxic behavior

In your life, you might have that person who wants to pull you down. This toxic individual does all sorts of bad behavior towards you, such as making fun of you, throwing hurtful words at you, sabotaging your efforts, backstabbing you, etc. Being on the receiving end of nasty actions from such a person can make you feel bad about yourself and destroy your self-esteem. It's even worse if somebody keeps on pulling you down like it's almost second nature to them to do it. You might wonder what's going on in the heads of people who put others down and make them feel worse. There are reasons why others might want to hurt your feelings, and it can surprise you to know that they might be in a worse situation than what they are trying to make you be in your daily life. We must understand these reasons to deal better with these kinds of people.

1. They are envious of you

Envy is one primary reason why somebody will want to pull you down. For example, a person might be jealous because you have something they don't have. It could be a material possession, achievement, status in life, or positive outlook. Toxic people feel bitter, so they think, "If I can't have something, neither can you." Therefore, instead of exerting effort to achieve what they want, they will resort to showing hostile emotion towards you or belittle your successes or reputation.

The troublesome person in your life may be an attention-seeker. So even when toxic people make somebody feel inferior or make fun of other people's mistakes, they don't care if their actions are wrong as long as they get the attention they want, even from hostile action. The more you react or interact with their efforts, the more they will gain attention from you.

Somebody who habitually puts others down might be suffering from low self-esteem. They can't see themselves in high regard and feel unable to improve their situation. However, instead of putting in the hard work necessary to be successful in their lives, they make themselves feel better in an unhealthy and destructive way. So they resort to putting others down on their level to feel good that they are better than the person they are belittling. Making others feel miserable through verbal abuse and draining somebody else's positivity is the name of their game.

4. They need to feel superior

When a toxic person has low self-esteem and wants to feel better and superior to others, there's no better way than to point out others' mistakes and make them feel insignificant or useless. By putting others down, a toxic fellow can think that he is better than others without doing any hard work by putting others in a negative light.

5. You are a threat to them

One good reason why somebody wants to pull you down is that they feel threatened by your presence. A toxic person seeking something might feel afraid that you will take it from them. They might think that you are better than them regarding skills and talents. Instead of engaging in fair play and competing professionally to see who's worthy of gaining something, a toxic individual will employ demolition tactics to destroy you and thus prevent you from getting what they want. They will try every way to demean you and obstruct your efforts.

Sometimes, somebody makes fun of others or hurts others' feelings because they want most people to like them. The problem is that they are using the wrong way to gain admiration from others. A toxic person can be somebody who cares too much about what others say about him and how he looks to others. So what they do is try to make somebody the butt of jokes and criticisms, hoping that people will turn their attention to him positively. What toxic people don't realize is that their actions may backfire as they can be seen as antagonists, especially if other people know the victim well and the insults thrown are not valid.

7. They desire to control others

Some people are control freaks, so they employ methods to make others feel weak and useless. They destroy the victim's self-esteem to bend under their will. So the next time somebody wants to guilt-trip you and hurt you emotionally, it could be because they are trying to manipulate you to do what they want.

8. They didn't have the proper upbringing while growing up

When you come to know of a toxic person's background while growing up, you might feel pity for them when you understand what they went through, such as a bad childhood experience. They could have lived in a troubled household, been bullied, underwent trauma, didn't gain the proper education to socialize and communicate properly with other people or have underlying mental health problems. As a result, they can have difficulties understanding and feeling empathy towards others. Their behavior acts as a defense mechanism to shield their insecurities, so they project their faults at other people. They also might not be too familiar with social norms, so they can't effectively communicate what they mean to others.

Dealing with people who put you down

The most important thing to do when dealing with someone who wants to put you down is not to do the same thing towards them. For example, when somebody uses mean words at you, please don't say the same words to them. If they keep spreading negative emotions, counter them with positivity and kindness. The point is that you should never stoop down to their level and maintain your stand. You can employ several ways to deal with people that put you down. Understanding others is a crucial element here, even on people trying to bring you down. Once you know why they want you down, you will deal with them better. As long as you know you are not doing anything wrong, a toxic person's words won't mean anything, and you should continue your life as a successful and happy person.