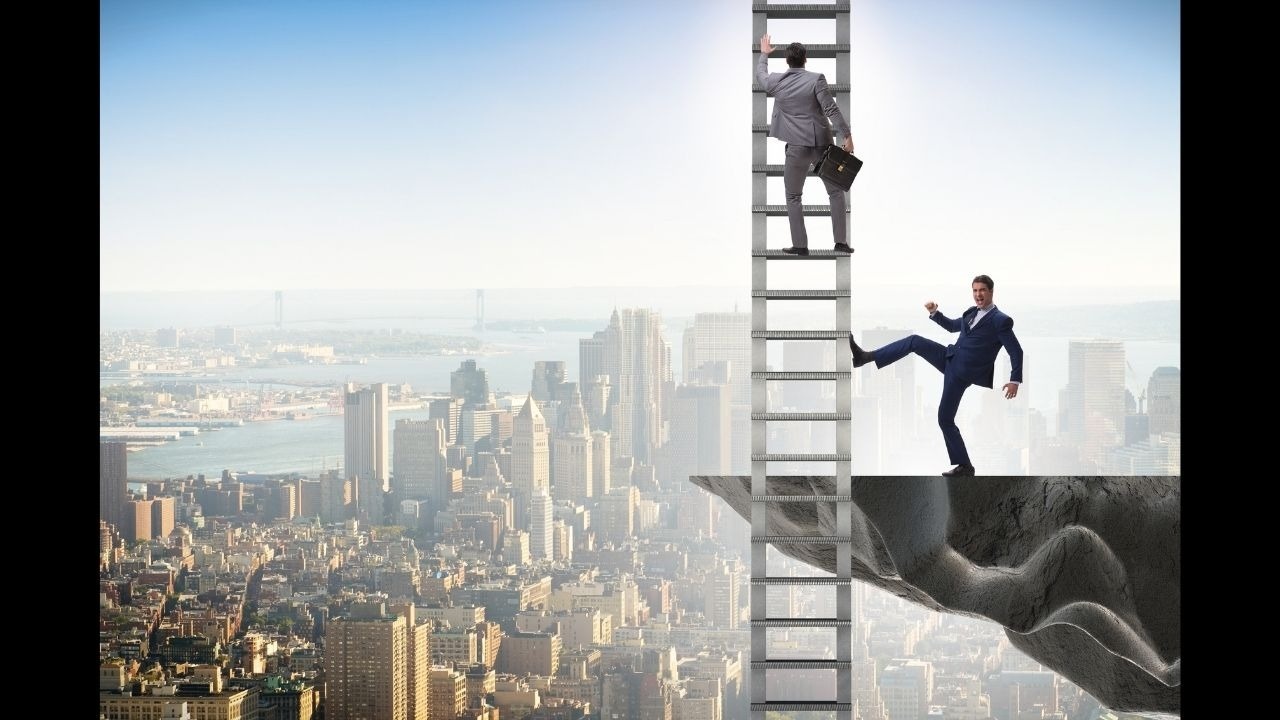 Dealing with People Who Wants to Pull You Down

We all know that person. The consistently negative one always finds something to complain about and is never happy with anything. This person can be a massive drain on your energy and make life very difficult. Dealing with people who want to pull you down can be challenging, but you mustn't let them get the best of you. This blog post will discuss some strategies for dealing with these toxic individuals.

Don't let others pull you down.

You will probably encounter somebody who wants to pull you down in your life. These toxic people are the embodiments of envy, hate, and negativity. They do all sorts of things to bring you down, such as:

These toxic individuals can be anybody in your life. What's disappointing is that sometimes, they can be people that are close to you. You thought they were people you could trust, but it turns out they are out there to get your head. It could be one of your friends, co-workers, or worse, a family member. Your life will only get miserable if you let them get the best of you through all the negative emotions they generate. It's best to learn how to deal with people that act like these most professionally and healthily you can do.

Most people who want to pull you down do nasty things at you because of a few things: they do it for fun, jealousy, attention, or they are plain evil and have something against your existence. It's their problem, not yours. Ignoring somebody might sound rude, but if a toxic individual is consistently pestering you with their antics, it's better to ignore them. Even better, if attention is what they seek, you deny them that by ignoring them. You will only waste your time dealing with these kinds of people, and it's better to use your time for something else.

Another good way to deal with toxic individuals is to keep your distance from them. As much as you can, avoid having any interactions with them unless you need to talk with them for some reason. It can be challenging to pull this off if a toxic person in your life is somebody you regularly meet daily, such as a co-worker or a family member. Please do your best to maintain a distance because a toxic person will probably initiate something the moment you are in their vicinity. If you can't avoid them, resort to the first option above.

3. Take a moment before you talk back

Ignoring and avoiding toxic people might not be the best options always, and sometimes, we can't help but respond to the aggressor. Before talking back, take a deep breath and take a moment to analyze the situation. Think about what you will say to the other person or how you will react, and don't let yourself play in their own game. It's better to think of a way to put you on the high ground instead of letting yourself sink on the same level as the problematic person.

Our responses to our problematic people can be influenced by how we feel when we talk back to them. Each of us has our thresholds as to when we can hold our fuses before we blow up and let our emotions explode furiously. Anger is the number one emotion we need to control. It's normal to feel hurt when we hear negative comments or hurtful words from other people, even more so if you keep hearing them from your favorite daily demotivator. As much as you can, practice restraint as conflicts will only arise if you let yourself get angry and fall into the trap of your aggressors.

5. Report to the proper authorities

A professional way to deal with people who exhibit bad behavior is to report them to the appropriate authorities who can have jurisdiction over them. When the situation becomes too much, your self-esteem and mental health get affected, so sometimes it's better to let somebody else deal with the situation. If it's a problematic co-worker, report them to your boss or manager. When it's an unruly neighbor, turn to officials in your neighborhood, especially when there's physical damage involved. If it's a friend, relative, or somebody else close to you, try to have a third party mediate instead of dealing with them yourself. You can diffuse the situation if somebody else can interfere and manage the conflict between you and the toxic individual.

Sometimes, we can't hold back anymore and want to speak to our little friend who wants to keep on pulling us down. We must remain calm while we strike a conversation with our friend as we don't want the situation to worsen. If you must speak to the other party, try coming up with a witty and quick comeback. Some of the things you can do are the following:

7. Fight back with kindness and positivity

Instead of fighting fire with fire, it's better to focus on doing right and continue the good fight. Politely respond if you must and keep doing acts of kindness to others, including the person trying to pull you down. They will be perplexed when you turn a helping hand to them when they need them. They might think, "Why would you help somebody who is trying to pull you down and only torments you endlessly?" Engaging in positivity will make you feel good, and your aggressor might feel bad as they will look like the antagonist if you are not doing anything terrible against them. Your aggressor might also reach the point when they stop bothering you if they realize who they are going up against.

8. Settle the issue with them

If the person putting you down won't stop doing their unruly behavior, you can try setting up a one-on-one conversation with them and settle the issue once and for all. First, ask them what's causing them to act that way towards you. Did you do something terrible against them? If not, then their insecurities and feelings are the problems. Then, make it clear to the other party that they are intruding too much on your personal space. Finally, if both of you can't be on good terms, set a boundary and make the other party aware of that. Make it clear that you are not personally taking what they are doing to you, but what they are doing is wrong, and they need to stop. Make a stand that you are not their plaything.

Who pulls you down is somebody beneath you

The world is full of different kinds of people. But unfortunately, some people are toxic, and their favorite activities include pulling others down because of their insecurities and problems. It's only a matter of time before you encounter one in your life, or they might be there all along. It can be challenging to deal with these people all the time. Even if we try our best to change their ways, sometimes they won't, and the only thing we can do is learn how to deal with them by leaving them in their miserable world and not letting their actions affect us. If they can't stand you for being a successful and happy person, that's their problem. It's better to concentrate on making a positive influence and on your self-improvement rather than wasting time on toxic fellows. If you think about it, these toxic people are already beneath you, and that's why they are pulling you down to their level. Why bother with them when the truth is that you are already on a higher ground than them? If you can do it, you can even help them reach the same level as you, and that's if they are willing to change their ways and accept your help.