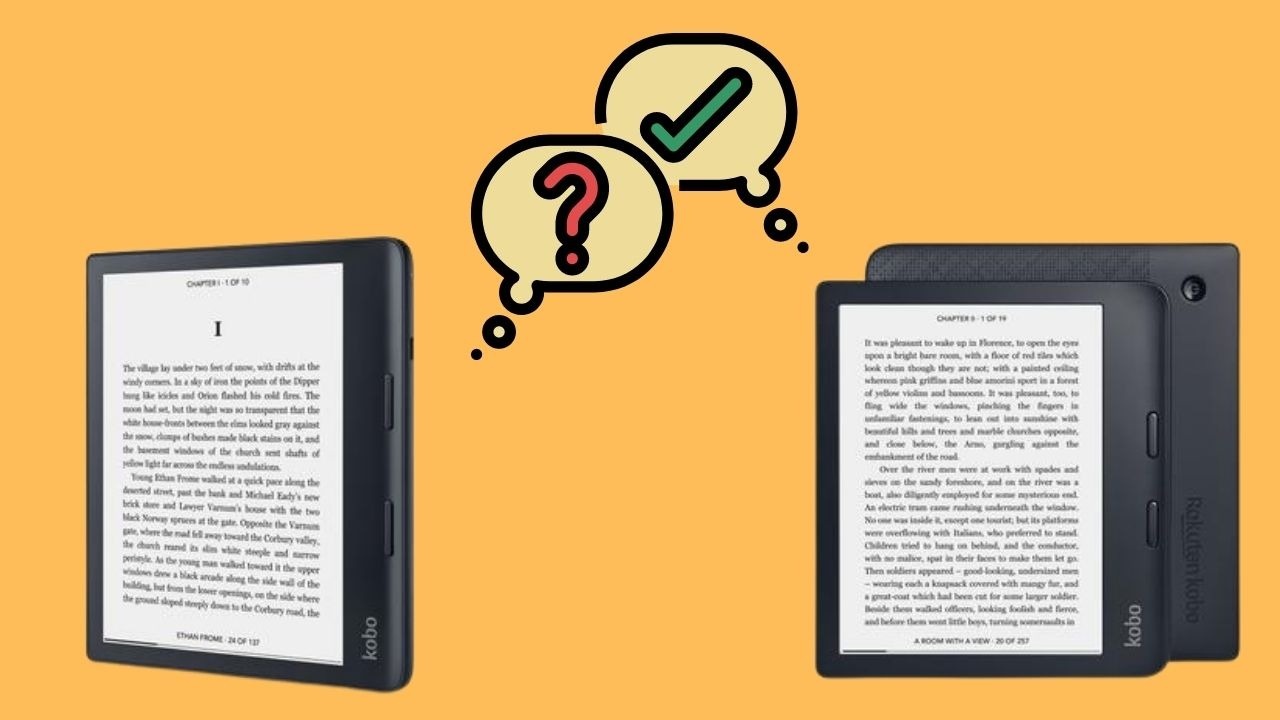 The Kobo Sage and the Kobo Libra 2 are two new e-readers from Kobo that were recently released. They both offer a lot of improvements over Kobo's past models, and we take a look at what they have to offer. In addition, we answer more questions from the community about how the devices work and what additional features they can do.

So I finally got my own Kobo Sage that I ordered, and with it comes the Kobo Stylus. The Kobo Stylus works on both the Kobo Sage and Elipsa. It needs an AAAA battery to operate, and the stylus has two buttons on it. The upper button does highlights when you hold it while writing while the lower button erases.

Some people from the community have been asking if there is Dropbox support on the Libra 2. The answer is no. Dropbox support is available on the Sage, though, so if you want to import and export files from your Dropbox account, the Kobo Sage is the one you should be getting.

When you go to "More" and then "Beta" features in the Kobo Sage, you can find a browser feature. It works fine, but it can be a bit sluggish when loading and scrolling through web pages. Also, do not expect a full-color browsing experience since the Sage only utilizes a monochrome screen that displays black and white colors.

The My Notebook feature of the Sage is where you can take notes, and it has some advanced features. The Kobo Sage is capable of converting handwriting to text. You can use this feature by double-tapping on the area where you have written your text. It's also possible to draw diagrams and other free-form stuff. You can export the notes you have made to Dropbox, and they will appear there just fine.

The Kobo Libra 2 and the Sage have page turn buttons, and you can use them to turn the pages without having to touch the screen to flip pages. The Libra 2's buttons feel more clicky compared to the Sage. The Sage has bigger buttons and feels flatter. However, they both work fine and are pretty responsive when it comes to turning pages.

I think both the Kobo Libra 2 and the Kobo Sage are great e-readers. They have almost the same features: audiobook support, the ability to use wireless headphones or speakers using Bluetooth technology, good screen contrast and brightness, waterproof for up to two meters, and OverDrive support. I prefer the Sage, though, because of its added functionality of taking down notes and Dropbox support. If you need a solid e-reader and mostly read e-books or listen to audiobooks, you will be okay with the Libra 2. However, if you also want to do some note-taking and import and export files through Dropbox, the Sage will be your go-to device.