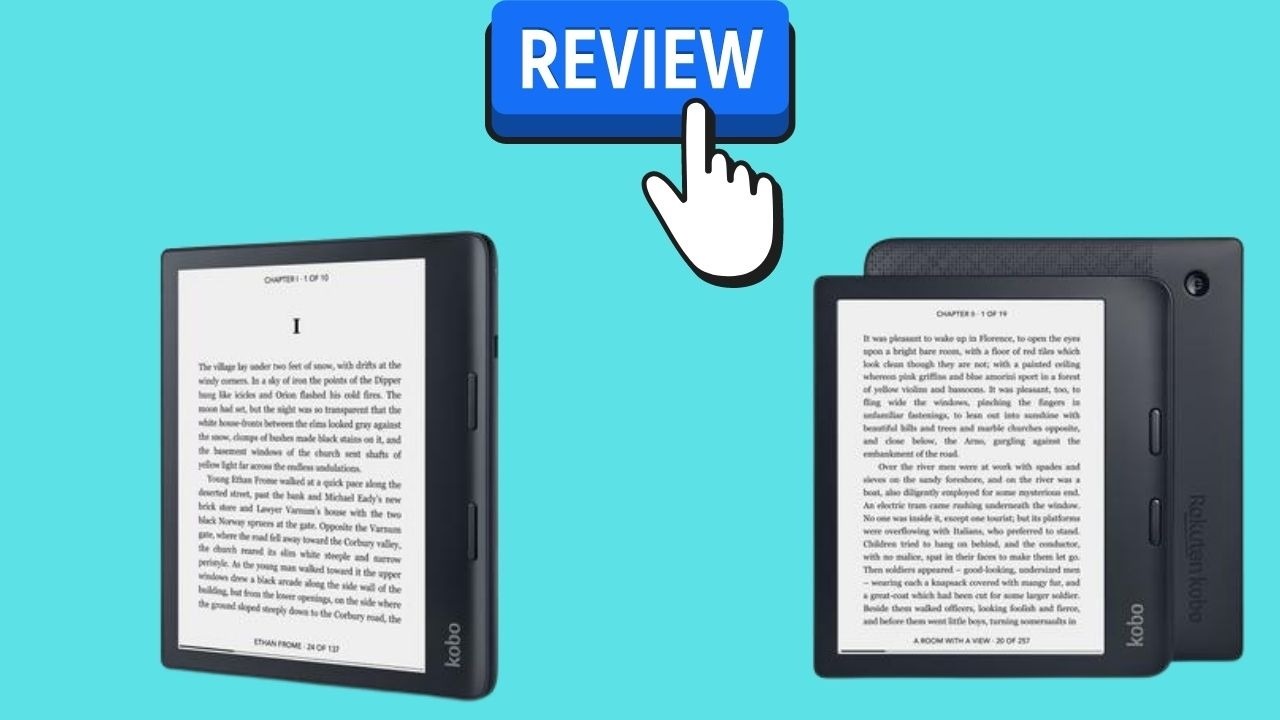 Kobo Sage and Kobo Libra 2: Review and Some Questions Answered

Kobo has been in the e-reader game for quite some time now, and they are continuing to innovate. Their latest products are the Kobo Sage and Kobo Libra 2, which bring some new features that improve their previous models. This review will look at what some people from the community have been asking regarding these devices.

The Kobo Libra 2 and Sage are small devices, but they still weigh significantly, primarily when using the attached case. If you want to hold the devices in one hand while reading, the weight can play a significant part. I tried weighing the devices using a scale, and I started by considering the Kobo Forma. It weighs 6.7 ounces or around 197 grams, as stated on the Kobo website. I then tested the Kobo Libra 2, and it weighs 7.3 ounces while the Sage is 8.4 ounces. The cases that you can buy from Kobo for the Sage and Libra 2 weigh significantly. The Libra 2's case weighs 4.4 ounces, and Sage's case is at 5.5 ounces. By attaching the cases to the Libra 2 and Sage while using them, there's an additional heft that you can feel, which might strain your hands when you try to read them in one hand. It's not too much, but the weight factors are something you can take into consideration.

There is a mention from the community about a lighting problem that is present in the Kobo Forma. I wasn't aware of it, but when I checked the Forma, it does exist. The problem occurs when you set the brightness to max. If you look at the left side of the screen, you can notice a line of shadow that runs from top to bottom. Thankfully, the problem does not exist anymore with the Kobo Sage and Libra 2. As I turned the brightness to max, there wasn't any shadow forming on the sides for the Sage and Libra.

The Kobo Sage has Dropbox support, so it's possible to import and export files to and from the Sage. I tried testing some file types to see if my notes on the device would carry over to Dropbox. On an EPUB e-book, I can make some notes on the Kobo Sage, but the notes do not appear in Dropbox. I then tried a mobi e-book format, and I can't make any note on the Sage at all. A PDF format works nicely since whatever notes you put in the Sage will also appear in Dropbox once you export the file. I then scribbled using the My Notebook feature and exported it to Dropbox, and the note appeared fine.

One last thing I tried is importing a coachcast of mine in MP3 format. It didn't work, and the Sage says it's an unsupported format. Kobo's website does list Sage's supported file formats, and MP3 is not one of them.

On a final note, the features I discussed above are some of the initial things I discovered and observed while using the Kobo Sage and Libra 2. There are more things that I can discuss once I get more involved with Kobo's new devices.