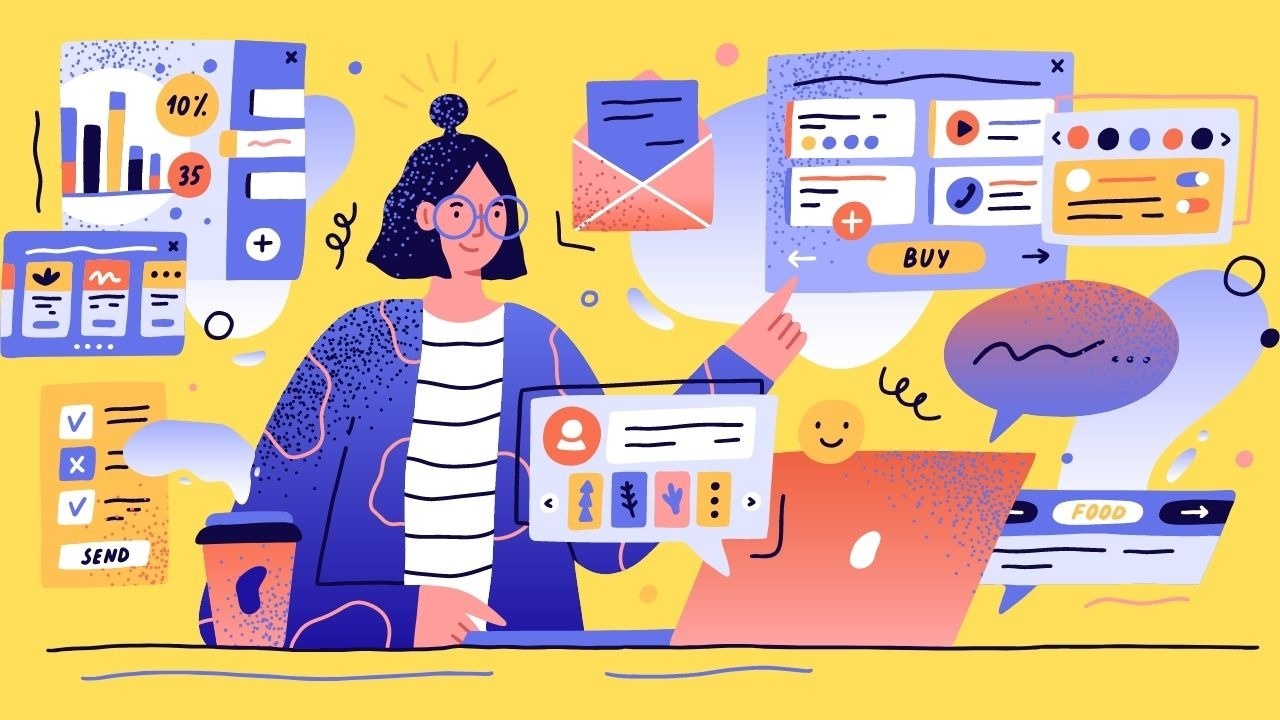 Multitasking is a lot like trying to juggle. It looks impressive, but if you're not careful, everything will fall around you. In addition, multitasking causes us to lose focus and make mistakes; we are more likely to make errors in our work. If your goal is productivity, stop doing multiple things at once and focus on one task.

Doing multiple tasks simultaneously, or is it?

Multitasking means doing two or more tasks simultaneously. In reality, what's happening is that a person who multitasks is switching tasks. You're just switching from doing one thing to another, usually in rapid succession. You will do one thing for several minutes or even seconds and then switch to another task and do the same thing again.

On the outside, you look busy and productive when juggling more than one task simultaneously. However, you're killing your productivity by multitasking, and this is because our brains are not hardwired to perform multiple tasks at the same time. Therefore, it's better to focus on a single task before moving on to a new task.

To a certain degree, we can multitask doing simple things like eating while watching TV. However, multitasking becomes less effective when switching back and forth between tasks that demand our full attention. There is a good reason why it is heavily discouraged to use your smartphone while you are driving.

You work more slowly when you multitask.

You don't become efficient when you multitask. Instead, focus on a single task you did multiple times before, and you can work on autopilot mode where it almost feels mechanical to do the job because you already know the ins and outs of it. There are fewer mental resources needed because you are very familiar with what you are doing. When you switch to doing two things or more, you restart your brain to focus every time you do something new. Therefore, it would be best to build up momentum with what you are doing to do it faster as you go along with the task. This momentum keeps on restarting if you decide to multitask, hence why you become slower in finishing your tasks.

You are more prone to committing mistakes when multitasking.

Since your focus and attention are affected when task switching, it only makes sense that you are likely to commit more mistakes when multitasking. For tasks that have high stakes, it is highly advisable not to do something else while doing these kinds of things. For example, driving a vehicle, operating heavy machinery during construction, or operating on a patient are tasks that require your full attention. Try doing something else while doing these, and you are bound to risk harming yourself or other people in the process. Listening to an audio transcript, proofreading an article, balancing finances on a spreadsheet, or having to program codes on a computer are other examples of tasks that require you to pay attention.

You are more distracted when multitasking.

Heavy multitaskers are more prone to distractions than those who focus on one project at a time, and this is because when you multitask, you are constantly distracting yourself by switching between jobs back and forth. As a result, you lose track of what you have to do in the first place. Add in people who will talk to you or give additional tasks while multitasking, and it's a distraction galore for you. And we are not even factoring yet when you peek and fiddle with your cellphone or do something else on the computer.

How can I focus on one task?

Multitasking is not necessarily bad. At some point in your work, you might have to do it to accomplish goals. However, if you are finding yourself not finishing your work on time and turning out mediocre quality work, it might be better to focus on one task at a time. You can stop multitasking by doing any of the following:

Create a priority list. For any particular workday, list down all the things you have to do. Sort them out according to deadlines and importance. Then start working on the most urgent job followed by the next and so on. If two projects or more have the same deadline, figure out which is the most important and start doing it, followed by the next important one. Having a hierarchy of tasks based on their importance and deadlines allows you to pick one job, work on it, then move to the next one after finishing it, eliminating the need for multitasking.

Set an amount of time to do tasks. If you can't help but multitask, try allotting a set amount of time to do one job before moving to another one. For example, dedicate 30 minutes to typing documents, then allot 10 minutes to check e-mails and reply to them. Afterward, you can go back to typing, spend another 30 minutes doing it, then move to a different task. Setting a significant amount of time on each task prevents rapid succession of switching and doing things so your brain function will not be overwhelmed due to constantly shifting mental gears.

Know your limits. It's essential to know how many things you can do at a time. Ideally, you should focus on one task at a time, but if the need to do more things arises, you should know how much you can handle physically and mentally. Learn to say no if others are still asking favors when you already have a full plate of tasks. When multitasking, try to combine doing something you are very familiar with and a task that requires more focus.

Make a schedule for when to do tasks. Aside from setting an amount of time to do a particular job, you can pair this together with creating a schedule for when you should start and finish a job. By having a schedule, you wouldn't mix doing a particular job with another when there's a specific time when you should do it. Also, you can try grouping tasks that have a similar nature together so it wouldn't be difficult for your brain to focus.

Should I multitask or not?

Research suggests that multitasking can have an effect on our brain and thus affect our health too. Various studies were made that show multitasking can impair cognitive ability, especially for younger people like high school and college students. Heavy multitaskers are also more prone to getting stressed and becoming impulsive. It also becomes difficult for them to concentrate on one thing. Based on this article, only a few people can multitask effectively. Most of us would have decreased performance from doing it, and this is because there's less efficiency when we multitask.

To a certain extent, we can't help but multitask sometimes, and it can work at times. However, instead of aiming to be a master multitasker, try to be a person who finishes one thing at a time effectively before moving to something else. You become more efficient this way. Try experimenting and see if you are capable of multitasking. Suppose you find that things don't get finished effectively. Better stick to one than do many things simultaneously.