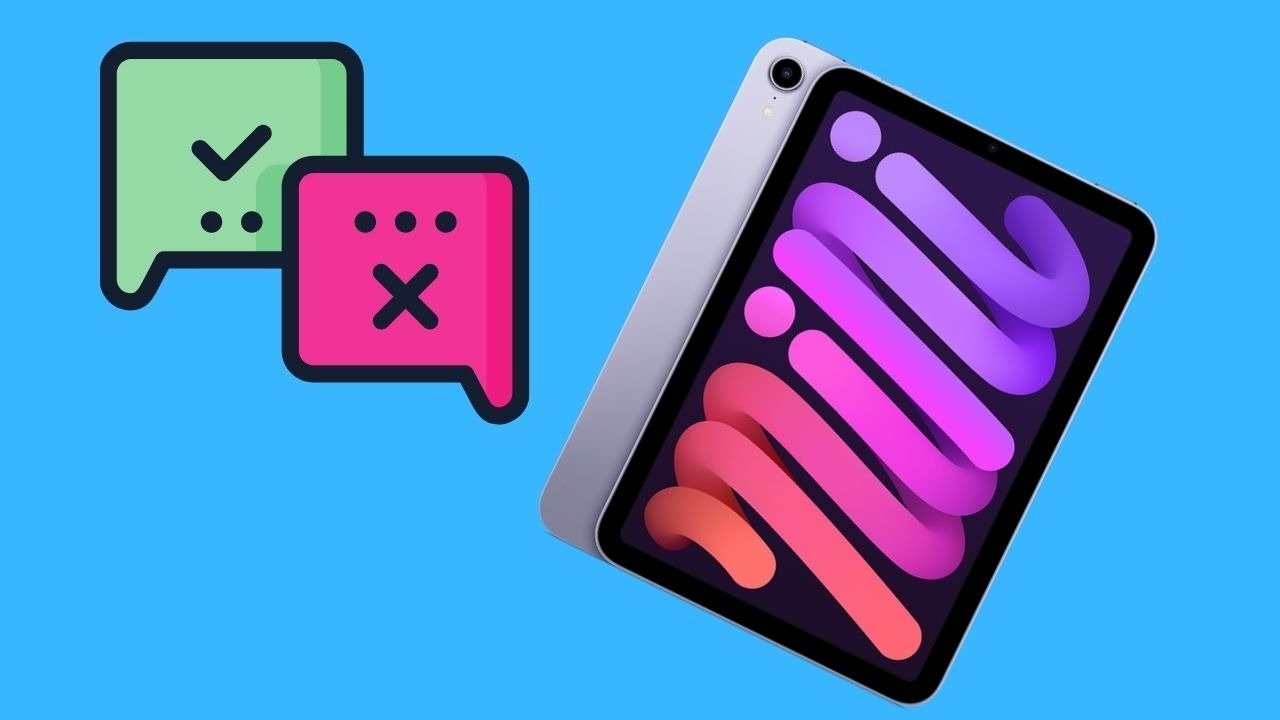 The iPad mini 6 is a great device, considering the specs, but there are some things about it that you should be aware of before purchasing. Its size alone can be a blessing or a curse depending on how you will use the device. There are many things you can do with it, and depending on how you will use it, the iPad mini 6 can be something that fits well within your day-to-day usage. This blog post will discuss some of the good and bad things I experienced personally based on how I used it for the past couple of weeks.

I will enumerate the bad things based on my personal use, so these might not be the case for other users. However, based on how I used it, these are some of the nit-pickings I had with the iPad mini 6.

The volume buttons on the iPad mini 6 are challenging for me in terms of muscle memory and knowing where to press them. However, if you hold the device on portrait mode, they're at the top side, where you can find the camera. Compared to other iPad models (check the tech specs of each device) where the volume buttons are at the side, it might take some time to get used to the different location of the controls, primarily when you have used a larger iPad before.

The iPad mini 6's size can be a wonderful thing or not, depending on you. Compared to its bigger cousins like the iPad Air or iPad Pro, the iPad mini is small. It's more akin to a bigger cellphone than a tablet. You can read, write, and watch on it. If you have some eye issues and find it hard to read small texts, consider trying an actual iPad mini 6 on a store and see if the screen size of the small tablet will be an issue to you. If it is, you might be better off buying an iPad with a larger screen.

Typing on the screen

Again, the size of the iPad mini 6 plays a factor in whether typing on the screen would be a comfortable experience or not. For me, it's a bit challenging to type on the small screen. However, suppose you ever find yourself in such a situation, and you need to type accurately on the device. In that case, it will be better to look for some Bluetooth keyboards to have a more comfortable and accurate typing experience. Do note that the iPad mini 6 lacks a Smart Connector, which means that it won't work with the Apple Magic Keyboard.

The iPad mini 6 is not a terrible device and will list some of the good things I experienced while using it for some time.

I bought the iPad mini 6 as a note-taking and productivity device, and it didn't disappoint. I primarily use the Notability app to do a lot of writing, and it works well on the iPad mini 6. You might want to put some screen protector that gives a paper-like feel when writing on the iPad mini 6 since it feels a bit glossy, and there's that feeling that you're like writing on the glass on it. Nevertheless, the iPad mini 6 is handy for taking notes and using the device to remind you about your emails and what you have written.

Apple utilizes its ecosystem in its products where you can create an account and then access your files and data from one Apple device to another. So if you have been a heavy Apple user for quite some time already, and you are looking to add another to your family devices, then the iPad mini 6 would make a great addition. However, I think the iPad mini 6 can still work as a great entry device into the Apple world due to all the functionality that you can get from it. And if you are planning to expand your Apple ecosystem later on, such as buying a MacBook or an Apple Watch, the iPad mini becomes an even more enticing thing to buy.

The iPad mini 6's size shines well when it comes to portability. You can easily take it with you when you're traveling. It feels nice to touch. It's not too big and not too small, so if you plan to use it as a multimedia consumption device, it fits nicely in that niche. You can also do many things you can do with your iPhone in the iPad mini 6. It acts as an adequate middle ground between a big tablet and a big smartphone.

Before you decide to buy an iPad mini 6, consider first where it would fit in your daily tasks and how you will use it. It can do many things that other Apple devices can, such as an iPhone or a different iPad model. In my case, I mostly used it as a productivity device. Some people from the community mentioned the issue of jelly scrolling on the iPad mini 6. Still, I didn't notice it too much from happening since I often use the device in the landscape orientation. Overall, the iPad mini 6 is an excellent device. It looks like a big iPhone to me but not as big as other iPad models, and it does well in that niche.