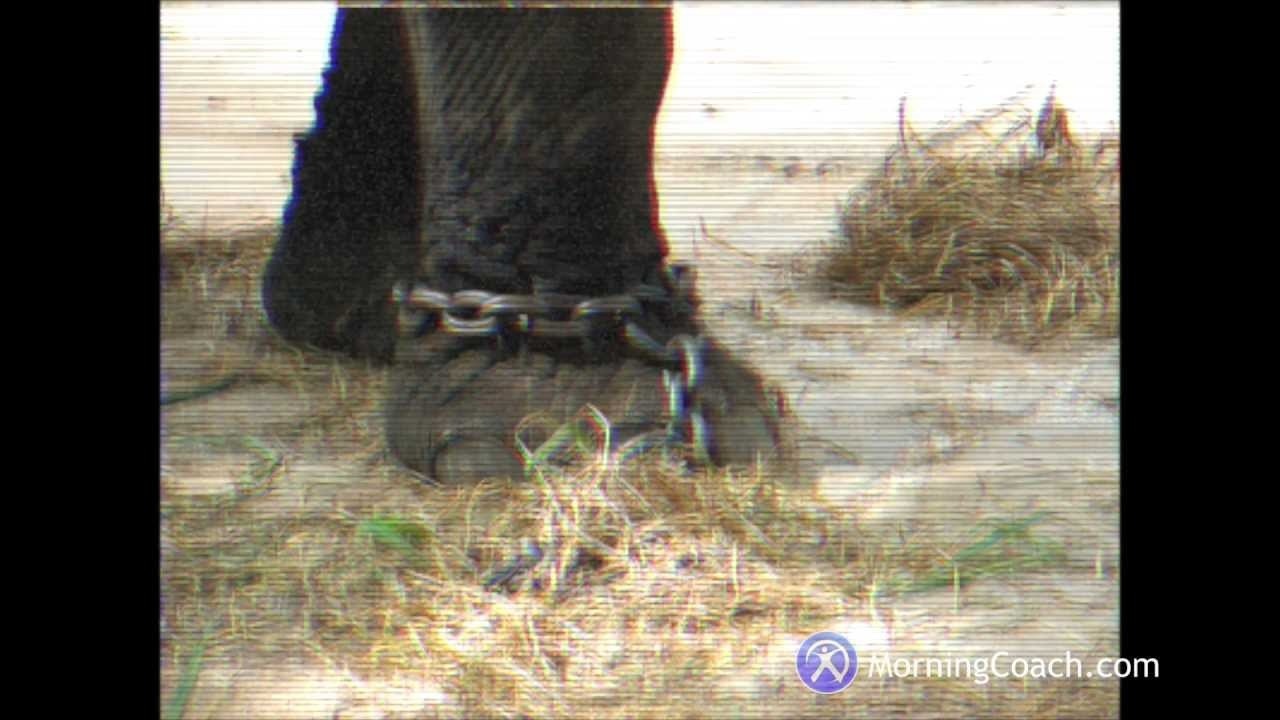 The human mind is a powerful tool that has the power to shape our lives. But, unfortunately, it can also be a limiting factor because we often have these assumed constraints in our minds that prevent us from making any progress in life. However, it's not too late. In this blog post, we will discuss how you can get past these assumptions and start living the life of your dreams.

What is an assumed constraint?

One can find the concept of an assumed constraint in a book by Ken Blanchard titled "Self Leadership and The One Minute Manager." The statement goes: "An assumed con­straint is a belief you have, based on past expe­ri­ence, that lim­its your cur­rent and future experiences." In the book, the author gave an example to illustrate this point.

When they begin to train an elephant in a circus, they chain the elephant's leg to a stake in the ground while still young. The young elephant wants to get away. It pulls and tugs, but the young elephant cannot escape because the chain is too big, and the stake is stuck too deep in the ground. Since the elephant is still young, it is still light, so whenever it tried to pull, the chain bit into its leg, and the more that it bit in, the more pain came until finally the young elephant was conditioned to know that if it moved, that would cause pain and hurt. It stopped trying. As the elephant grows up, its mind becomes conditioned that it can't get away. As an adult, the elephant weighs several tons and possesses enough force and power to break the chain if he pulls out of it, but he doesn't even try. Circus trainers say they can put a piece of string around the adult elephant's leg, and it won't even try to break away. The trainers created an assumed constraint in the elephant's mind based on experience.

Haunted by the past

Based on the elephant example, we can then compare this to our own lives as humans. Assumed constraints have mainly been developed in our minds due to our bad and traumatic experiences when we were still a child. For example, you might have had a teacher who told you back then that you are not smart enough, don't have the skills, or are not good enough to move forward. If you are in an athletic club, you might have had a coach who said you are not fast enough, not big or tall enough, or strong enough despite all the willingness and readiness you have. Worse, it could have been a parent who said something nasty to you when you were a child, saying things like you are not beautiful enough, don't have the talent and skills, or you will not make it.

Assumed constraints were not only created when we were still a child. These can also develop at some point in our adult life. For example, it is common to experience multiple rejections from different companies when applying for a job. During the interviews or e-mail exchanges, an applicant might get hurtful or discouraging words. They can lead to some of us taking things into the heart and preventing us from trying again, thereby jeopardizing the potential success we could have attained. For example, let's say you got a job and have made it. Great! However, your boss might say something like you are not capable, you are not good enough, or you will never be anything. There goes the creation of an assumed constraint again in our minds.

Overcoming assumed constraints is a challenging process. These constraints form in our minds, and our minds can be a fickle thing. It can be challenging to overcome this alone when negative thoughts are already spiraling in our heads. The first thing you can do is to believe in yourself. Analyze yourself and see what you can do, what talents and skills you have, and the resources you have at your disposal. By seeing what you truly have, you can compare this to what has been said wrongly to you in the past, and you can see that what was said to you might be a form of degradation and that you are not genuinely lacking.

After doing some self-analysis and you are still kind of feeling down, it is time to get some support from others. Get some advice from friends, family, or relatives. Try talking to them about what's bothering you, and you can also try asking for help in trying to do the things you have been hesitant to do for a long time. If you don't have a strong support group, maybe you can try enlisting the help of a life coach. Life coaches specialize in helping people out when they feel stuck in a rut, and they can help in motivating and assisting you when you are already on the road to achieving your goals.

The reality with an assumed constraint is that it is most likely a made-up matter, leading us to think that there is a problem when there isn't. We should watch what we say to people since we don't know how that would affect other people's psyches. For all we know, we could be putting assumed constraints in the lives of other people. Today's world has social media, and it is straightforward for people to throw insults and hateful statements towards others. For all we know, the person behind that screen might be weeping and getting depressed from all the wrong statements made. Instead, we should foster a culture where we are more considerate and emphatic towards others in our homes, school, workplace, and online communities, and we need this even more nowadays. Wouldn't it be nice to see everybody making progress and achieving dreams instead of hampering each other's development?