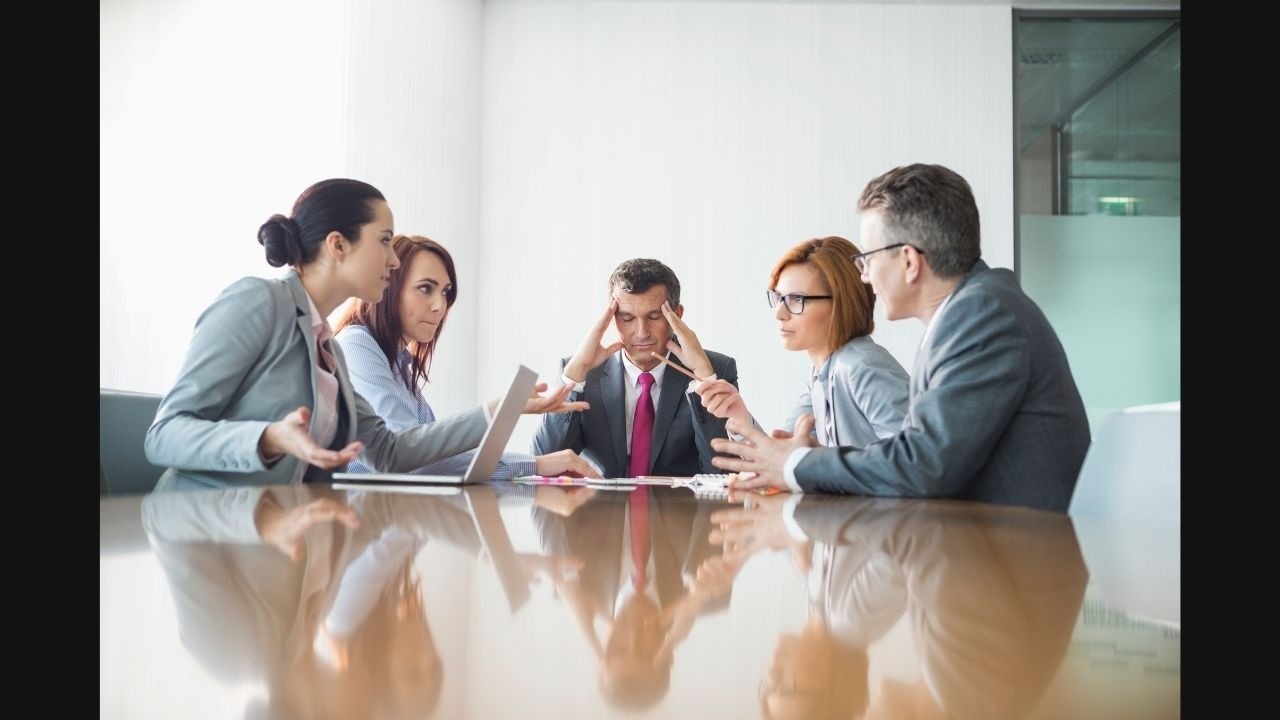 What Makes a Difficult Person

We've all had to deal with difficult people at some point. They can be challenging, frustrating, and downright impossible to get along with on most occasions. So what makes a difficult person? What are the characteristics that set them apart from the rest of us? This blog post will explore the different traits of difficult people, so you can know how best to deal with them.

We may have to deal with so-called difficult people at some point. Who are these people? They are also humans like everybody else. However, the way they deal and interact with others makes them different. You may have encountered one or several before in your life. Their mere presence can stress you out, and it's hard to agree and reconcile with them.

Several traits are prominent in difficult people. We list these traits to better deal with them when you recognize them in someone. Shunning or avoiding these people should only be a last resort if they are beyond reasoning and agreement. As much as possible, we should try to be open-minded to understand why they may be acting in such a particular way.

A difficult person is somebody who likes to argue with others. So the smallest of things can be an issue to them. When expressing your opinions, you almost cannot win against them because they will often insist that their opinion is correct and nothing else matters. It's troublesome to have such a person in team or group settings because settling on common ground will be a challenge if somebody in the group thinks like this. Stating that their opinion may be wrong will only hurt their ego.

An excellent way to deal with argumentative people is to let them hear what they want. You may say "yes" to them, but you hold your beliefs deep inside. As long as the arguments and discussions are only in verbal form, you can do this thing.

2. Everything is a competition

Difficult people like to turn anything into a competition. They will often try to be above their peers and stand out by having the best opinion, being recognized by their boss, possessing the latest gadgets, or as simple as arriving in the office earlier than you. Competition can be good for motivation and inspiration so people can work harder. However, it gets out of hand when every little thing becomes a competition, and it can be tiresome to deal with somebody who always wants to find something that they can be better at compared to you.

Being overly competitive can seem childish, so instead of fighting with somebody that thinks like this, better let them do their thing and don't add more fuel to the fire. As long as there is no severe damage done to you and other people, you can let these people inflate their egos while you do your thing.

One may think that a difficult person is such a perfect and godly individual, and that's because they look like they don't commit any mistakes in their lives. But, you see, difficult people like to blame others for their problems. Therefore, it's always the fault of others why something terrible happens in their lives. You will rarely see them admit to their faults.

Trying to shift the blame to themselves might be a futile effort. Instead, let a problematic person blame you if they want, but don't take it into heart, especially if you know that you didn't do anything to cause their problems. Instead, let them reflect on their self-pity and maybe even offer help if they are willing to accept it.

4. Judging others is their hobby

It's hard to get along with somebody whose mouth is only full of judgments for other people. You can notice such people during conversations. Be wary of people who like to talk about others, especially those who spread gossip. You may see that they want to zero in on other people's negatives as if they are bringing them down to make themselves look good. They are quick to make judgments even if they don't know the whole story behind people's actions and appearances.

It is tough to have a meaningful conversation with someone judgmental. Try to steer the conversation to a topic that won't involve talking about people, or if you dare, tell them that what they are saying is incorrect. Give them the idea: Will they be able to handle such judgments if somebody does the same thing to them? If not, then they better stop.

For a difficult person, it's only their way that should work and nothing else. They often think they are always right, and as such, they are not open to others' opinions. It's challenging to fight against somebody like this, but you need to make a stand, especially if you know that what they believe in is wrong. If it's only a petty issue, you can let it pass and let the complicated person wallow in their superiority. For significant problems, that's when you need to make a stand, and if they don't listen, let them accept the consequences of their beliefs. Let's hope that they are mentally tough enough to handle such matters, and sometimes, they aren't.

6. They are prone to bursts of anger

Difficult people may have fragile egos, and they can be prone to becoming angry over the slightest thing. Be careful not to make jokes at the expense of such people, as they may not know how to handle them. Such people have expectations of how others should treat them and how they should act. The moment their expectations get shattered is when they can get angry. Their tendency to be argumentative and aggressive can make you feel like any event or situation can turn into a full-blown fight. Sometimes, you may like to wait if their skin color turns green and become like the Incredible Hulk.

The best way to deal with such behavior is not to fan the flames further. Don't throw back verbal insults, no matter how annoying they can be. Instead, try to escalate the issue to somebody that can enforce disciplinary action on such individuals.

7. They can be close-minded

You may have noticed already that difficult people tend to focus on themselves as if the world revolves around them. As a result, they may feel the need to control others, and if you ever speak out against them and offer a different perspective, they won't listen. So if they are not open to different opinions, it's better to let them experience the effects and consequences of what they believe is right, which can be wrong. Let them handle matters on their own, and if they fall into a predicament, that's a lesson for them. Don't be too hard on them and help them if they ask for it.

Don't be such a difficult person.

Difficult people can be found anywhere, and you may be one too if you identify yourself with any of the traits we listed above. Exhibiting such behaviors can be detrimental to one's place in society as most people won't like to deal with you if you are so disagreeable and toxic. It can lead to losing friends and being left out by others while pursuing their activities. In any relationship, one must always consider other people's feelings and not only their own emotions. The good news is that it is always possible to change, and one can start by recognizing your behaviors that bring trouble to others. If you ever find yourself in a situation where you must deal with such people, you must extend your patience and open your mind more to show empathy and understand why such people behave. They may be seeking attention to getting help; it's just that the way they show it is different from the usual way of asking for help from others. We can always extend our understanding and provide support to the best we can.

Learning to Speak Up
communication speak up
May 16, 2022
The Art of Making Small Talk
people relationships small talk
May 13, 2022
Embracing Silence
alone focus silence
May 12, 2022