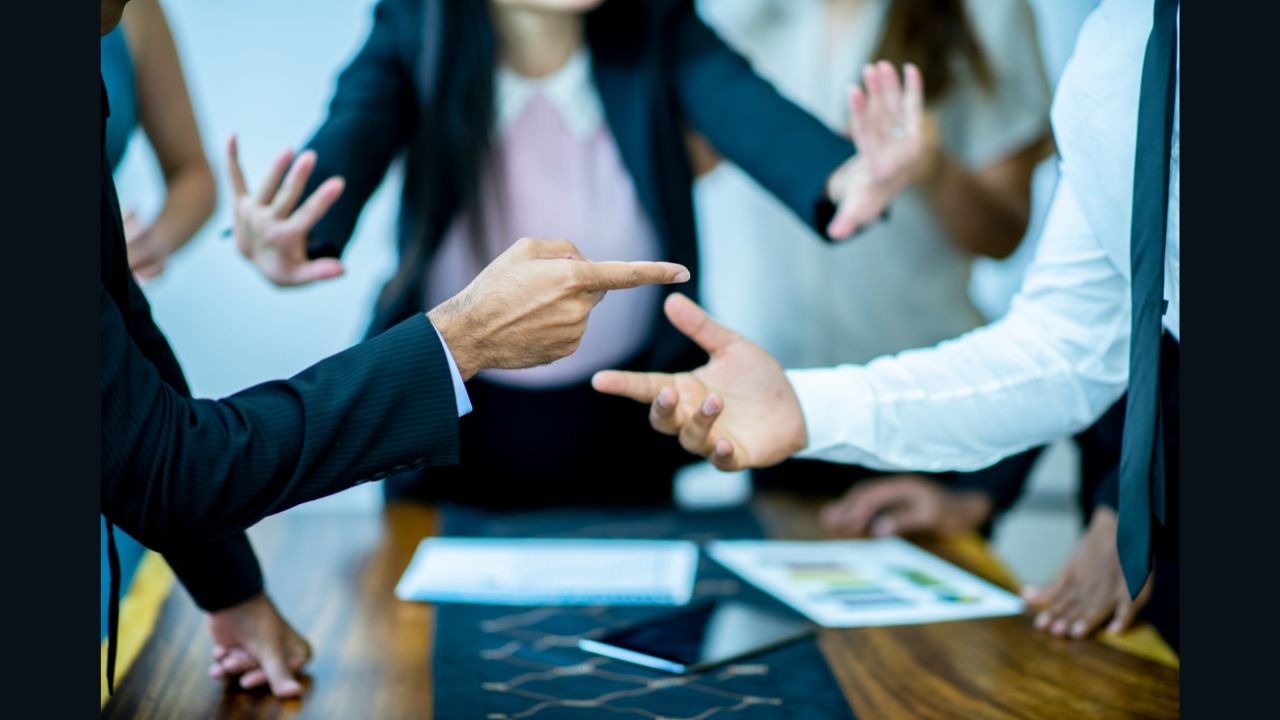 Have you ever been in a situation where you and another person can't seem to agree on anything? It can be frustrating, especially when the disagreement is over something minor. Sometimes, it might be best to walk away from the argument. But in other cases, it's worth trying to diffuse the situation and settle things peacefully. This blog post will discuss some tips for effectively determining an argument.

Arguments happen whenever there is a conflict between what we want or believe versus another person's interests. We are bound to argue with someone at some point in our lives, whether our friend, coworker, family or random stranger. It happens due to a mismatch between beliefs and wants or misunderstanding between the people involved in an argument. It's only natural that people will have disagreements sometimes, as not all of us may have the same interests and beliefs at a given time. However, arguing with somebody is not something you will like to last for a long time, as it can negatively affect your relationships with others. It is ideal to settle a dispute as early as possible, but this can be challenging when you don't know how to solve or get out of an argument. Resolving disagreements is vital to learn, and there are various ways to do it.

Communication involves a give-and-take between people. When somebody speaks, the other party should listen, and vice-versa. Arguments are another form of communication. However, arguments are more heated because the parties may not like to give way to the other, and each wants to dominate the communication. Therefore, all parties will only like to speak without giving much room for listening. One can solve arguments more easily if people are willing to listen to others. Most likely, one person has to offer a way and do the listening because the other person may not be willing to do it. Hear what the other party has to say, and only when they have finished their statements or if they make a pause should you explain your side. It's easier to respond if things become apparent after a person thoroughly explains their argument. And the only way you can know the opposite side is by letting them say it and listening to it.

It's easy to get riled up when you conflict with somebody, even if it's a verbal argument. The feelings of people involved in a disagreement can get amplified and result in anger. And when emotions start to take control of a conflict, it can be challenging to make rational decisions, thus making it difficult to settle arguments. It's normal to feel angry when you conflict with someone, but you shouldn't let yourself get too emotional. It's vital to learn some self-control techniques, such as thinking about the consequences of what you may say to others. Try to be calm before saying something.

3. Acknowledge your part in the argument

Arguments can quickly turn into a contest of fault-finding. An excellent example of this is during vehicular accidents. Resolving the conflict can take a while because no one is willing to admit they are possibly at fault in the accident. Instead, people will blame the other person, and the other person does the same, leading to a cycle of disagreements.

Conflict resolution can become easier if people are willing to concede and admit they are possibly part of the reason why an argument took place. Then, analyze the situation and see if you did something that caused the disagreement, such as forgetting to do something or not telling somebody you made a mistake. If you did, tell it to the other person and apologize. It's not easy to do these things, but with courage and effort, any fighting can resolve quicker if we know how to take responsibility for our actions.

One of the reasons arguments can lengthen and don't get resolved is that people make it worse by adding more fuel to the fire. For example, they may resort to personal attacks and swear words when they become too angry with the other person. In addition, issues unrelated to the problem may get brought up to argue and demean the other individual. The best way to end a conflict is to focus on the main issue and get to its root cause. Try to be rational at all costs. When you realize the other individual is resorting to unruly behavior and bringing up other issues, tell them to stop and concentrate on the central problem instead of making it worse.

5. Identify the root cause of the argument

Arguments can happen when something goes amiss and things aren't made clear to everyone involved. For example, somebody might have a different interpretation of things or weren't informed that something happened. An argument is a problem; problems are solved faster when the root cause is identified. So try to compromise and agree with the other individual on what caused the disagreement. Find common ground between you and focus on solutions to settle the conflict. You may disagree with some points, but as long as a compromise gets reached, things will become better.

6. Think about the other person's perspective

It's easier to forgive and settle arguments when there's understanding and respect between the parties in a fight. Sometimes, when you fight with someone, the problem is that you may start dehumanizing the other individual and see them as someone beneath you. So it may become easy to throw morals out of the way and start attacking them personally, even physically. One must remember that the one you are arguing with is still a human. Respect and understanding should always be present; when they do, it becomes easier to talk and be rational with someone. Placing yourself in somebody else's shoes can help you figure out why someone may disagree with you and where they are getting their ideas. Conflicts are not about having one side dominating the other and coming out the winner. It's about settling for a compromise so that both parties benefit and no relationship gets destroyed.

Disagreements happen in life. It's only natural that we may conflict with others' interests and desires. It can be healthy to argue with others sometimes because it exposes us to what others think and makes us learn more about them. However, arguments should not remain unresolved as they can ruin our relationships with family, friends, and peers. We should always stay professional when dealing with disputes. Don't resort to rude behavior; try to remain calm as much as possible. Taking a break when a solution can't be arrived at yet is a good idea. And when you can't resolve the problem between the people involved, it won't hurt to get the help of a third party to act as a mediator and come up with a solution. Having the right mindset during an argument is essential for developing practical solutions and responding appropriately to others.