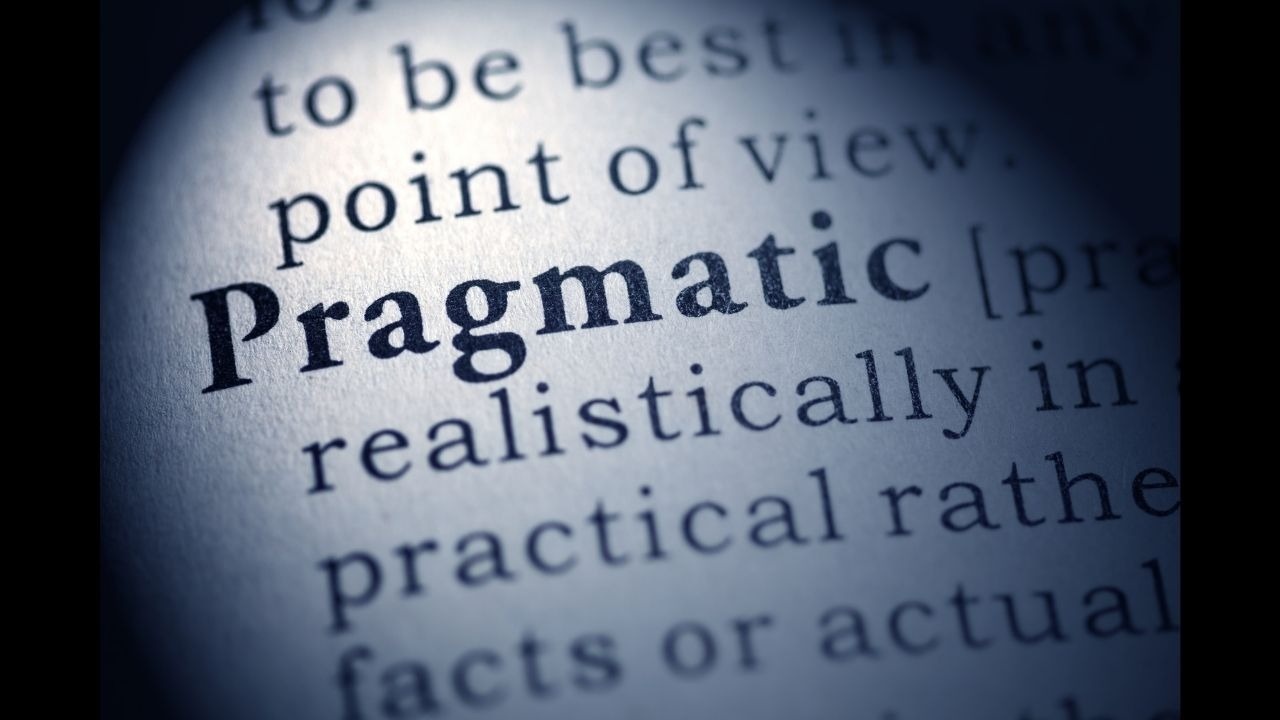 Being Pragmatic in Life

Do you ever find yourself in a situation where you have to make a decision, but you're not sure what the right thing to do is? If so, then you're probably someone who can appreciate pragmatism. Pragmatism is a way of thinking that favors practicality and usefulness over absolute truths. In other words, pragmatists believe that the best way to determine the right course of action is by considering all possible outcomes and choosing the one with the most benefits. This way of thinking can be difficult, but it can also be gratifying.

Pragmatism in our everyday lives

Pragmatism is a way of thinking in philosophy that mainly believes in the practicality and usefulness of ideas present in other philosophical topics, such as belief, meaning, knowledge, and concepts. It traces its roots back around the year 1870 in the United States. Charles Sanders Peirce is mainly regarded for developing pragmatism, with William James and John Dewey as later contributors.

The discussion of pragmatism can be intense as it has several tenets covering a wide range of topics. We are interested in how it can apply to various situations in our lives. In its simplest sense, pragmatism involves following an idea or knowledge that is practical and useful to you. With pragmatism, it's possible to believe in mostly true theories, even without proving a theory's accuracy 100%. A pragmatist can believe in something that is not established with extensive evidence. Having a pragmatic approach in life when it comes to making decisions can sometimes be more effective than resigning yourself to old traditions or absolute truths, which might not be conclusive. So how can you as a person apply this way of understanding into your life?

1. You don't need to settle for universal truths

Religion is an excellent example to use for this idea. By itself, religion is a manufactured concept that can provide relief to humans when it comes to questions of existence and purpose. All religions involve a system of belief in a god or gods, and these gods are the ones who have some form of administration over us. Try to delve into the topic of trying to prove the existence of these otherworldly beings, and your head will probably hurt trying to make sense of many things and principles that try to prove the existence of gods 100%

With pragmatism, you don't need to dabble into proving the existence of your god. What's essential is that religion can bring comfort and solace to a person's life. The usefulness of religion is what a pragmatist will focus on in his life.

2. Happiness is a choice

For most people, happiness is something you get at the end of your efforts. However, the same people might also subscribe to the idea that most things in our lives are designed by fate, and we hardly have any control regarding the outcomes we want in life. William James likes to think otherwise. He argues that happiness is a choice, and we can change the course of our lives by changing how we think.

We have a choice on what to believe in life. It doesn't matter if our beliefs are universally true or absolute. As long as they give meaning and happiness to our lives and drive us to work harder to survive, our beliefs are good enough.

3. Settling for a middle ground

Some people would like to point out that there are only two extremes regarding issues or topics worthy of discussion. However, there is such a thing called a grey area. It exists between two extremes and holds value using a combination of them. For example, let's use the notion of good and evil to describe a person. Can you tell someone is good or evil when the reality is that as a human, we are capable of exhibiting both good and evil? Pragmatism allows one to believe in partial truths as long as it's something that can provide usefulness to you; in this case, describing how you can view somebody as a human. Being a pragmatist gives you more options in believing and doesn't limit you to only two sides of a coin.

Fearing and resisting change can be brought about by having fixated beliefs and believing in old traditions. This mindset can lead to rigid perceptions of what can work and limit your flexibility. What works at one time may not be the same for the current situation. A generation's values and traditions might no longer be the same as the succeeding generation, leading to clashes of thoughts between individuals belonging to different generations. Pragmatism helps you become more flexible by adopting a mind that adjusts to changes and discarding old ways and beliefs if they don't work for you anymore. Pursuing practicality is what pragmatists care about instead of sticking to feelings and ideas that don't work anymore.

5. Effective use of time and resources

Time is a finite source, and we can only make good use of it. We also have other resources like money, human resources, and mental reserves that we can only use so much before they get depleted. When faced with tough decisions, a pragmatic leader will use a realistic approach to make the best use of resources to yield significant outcomes in the shortest amount of time possible. Some will decide until a more favorable situation happens to achieve the highest return yield. However, things can always change, and problems and challenges can further delay results if one waits for the ideal outcome. For a pragmatist, it's better to execute something now while you can and still have resources rather than waiting for a perfect result that might not happen.

Pragmatism teaches your mind to be free of the limitations that science or other belief systems can bring. What is acceptable to you are the things and ideas that can make a real difference in your life and other people. To be considered valid, something doesn't need to be an all-encompassing truth in the universe. As long as most human beings benefit from something, and it is primarily true, it's something a pragmatist can settle within his life. You won't shake when what you believe proves to be wrong; it only means it's not working for you anymore, and it's time to move on to a different belief.

Would being a pragmatist work for you?

Pragmatism is just one tradition of philosophy. Many others can challenge how you think and see things in your life. Pragmatists practice dealing with various situations in life by conforming to what's more practical and useful. If you are a traditional thinker who is more used to believing old traditions and proven ways of doing things, you might find it difficult to doubt your beliefs once they don't start working for you anymore. Depending on the culture of the people you have grown up with, it can be easier or harder for you to accept the idea of pragmatism depending on how open your society is to beliefs that can challenge their way of thinking. Being pragmatic allows you to compromise on truths instead of believing only in an absolute positive or negative. See for yourself if it works for you, and your view of the world might change.