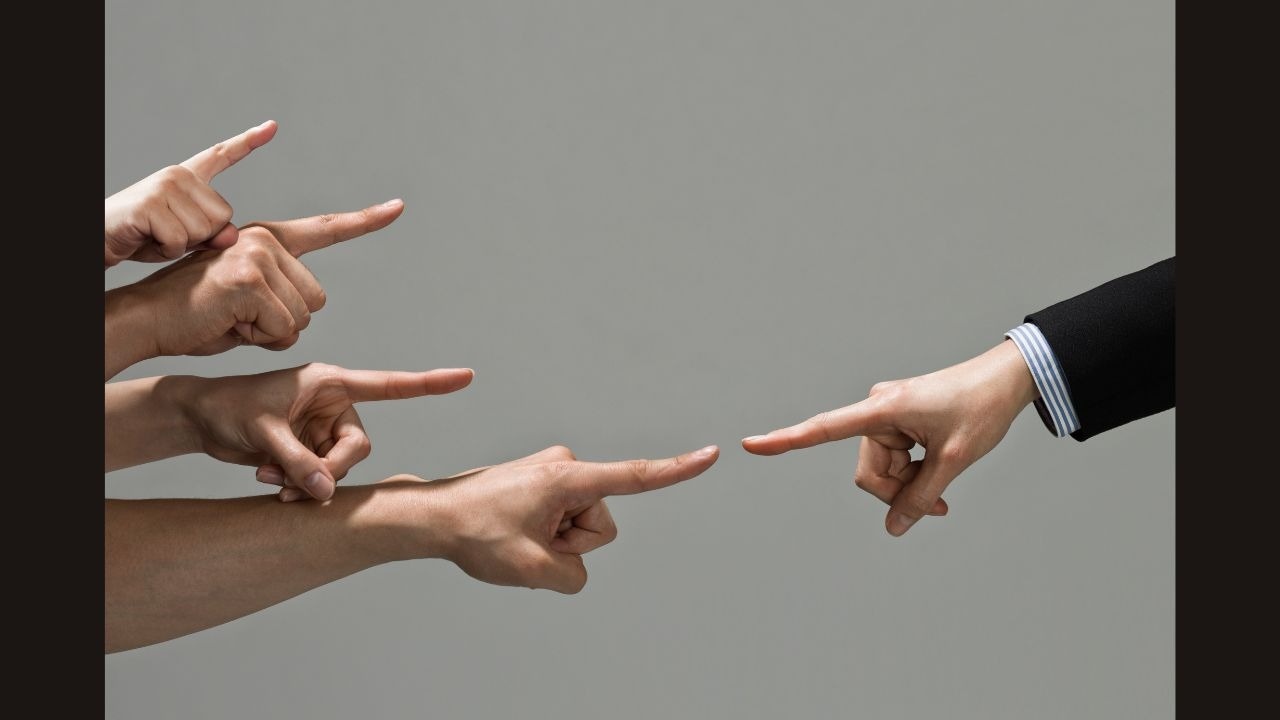 It's easy to point the finger at someone else when something goes wrong, but that doesn't do anyone any good. On the contrary, it can make things worse. If you're always blaming others for your mistakes, you'll never learn from them and repeatedly make the same mistakes. Instead of doing that, try taking some responsibility for your actions. It might be challenging initially, but it'll be worth it in the end.

Problems and unfortunate circumstances are a part of life. They are inevitable and are bound to happen at various points in our lives. And when they do occur, it's normal to feel frustrated and angry. However, one typical response people make when such things happen is playing the blame game. Many people have adopted a blame culture where the first response to adverse events is finding fault and placing responsibility on something or someone. There are various reasons why people blame others.

Blaming others seems to be the first response many people do when something unfortunate happens. But, of course, one can't help that it does occur; sometimes, the one getting the blame is the one at fault for something terrible. However, playing the blame game doesn't solve anything and can only worsen things. Blaming others has several effects, and you should consider thinking about them before starting to blame somebody or something the next time.

Placing blame on others might be the default reaction for many people, but it's something that one can control if one makes an effort. Several things can help you stop blaming others when something unfortunate happens.

1. Realize the act itself

It can be challenging, but the first step towards reducing instances of blaming is by realizing you are committing the act itself. Next, one must be aware that they are accusing others as a habit and realize its adverse effects. Upon realization, it is from there that one can implement subsequent actions to help regulate the act of blaming.

2. Step back and assess the situation

Blaming others is a reaction to something unpleasant happening to you. As such, it can be the first thing you do whenever something terrible happens, especially when it has become a habit. The next time something unfortunate happens, try to think and analyze the situation before opening your mouth and pointing the finger at someone. Self-control is essential here, so you don't blame others impulsively. When you think first before speaking and pointing out blame, you will be more rational in thinking about why such a situation occurred and what you can do to solve it instead of worsening the situation by blaming.

3. Be considerate of others

It's easier to blame others when you're less empathetic towards people and don't think much about them. However, things can change when you become more considerate of others' welfare and think about the consequences that blaming can bring. Blaming causes distress and tension toward the receiver, and you probably don't want it happening to you, so you place it on others. Practicing empathy can make you think twice before blaming another person and help you focus instead on sorting out the situation with others.

Owning up to your mistakes and being responsible is a hallmark of maturity. People who have taken the journey of personal growth know how to be accountable for their actions, including taking action when a mistake or problem happens. Unfortunate circumstances don't have to be pinned down to one person or entity as the sole cause of it. It's possible that other people or factors also contributed to such circumstances, and if it is, everybody must play their part to solve it. Accepting responsibility is vital in cases where you know you are at fault. It would be best if you took action to remedy the situation and not direct the problem to somebody else's fault.

Blaming doesn't solve the problem, especially when you involve other people that don't have anything to do with the problem. It only worsens the situation by agitating everyone and delaying creating a solution for the problem. Blaming focuses only on the issue. Thinking about solutions will be better and will prove beneficial to everyone. Focusing on solutions can change your perspective and turn problems into learning experiences instead of as an excuse to play the blame game again.

Blaming others is something that most people may resort to doing when facing problems and unfortunate circumstances. Admitting your own mistakes and taking action to overcome the situation is more challenging, but these acts get things done and solve the problem. On the other hand, playing the blame game adds more drama and exacerbates the case, and one has to stop playing it to move forward and arrive at a resolution. It takes effort and practice to control yourself from blaming others, but it's something that can help you grow by learning from your mistakes and dealing better with the people around you.