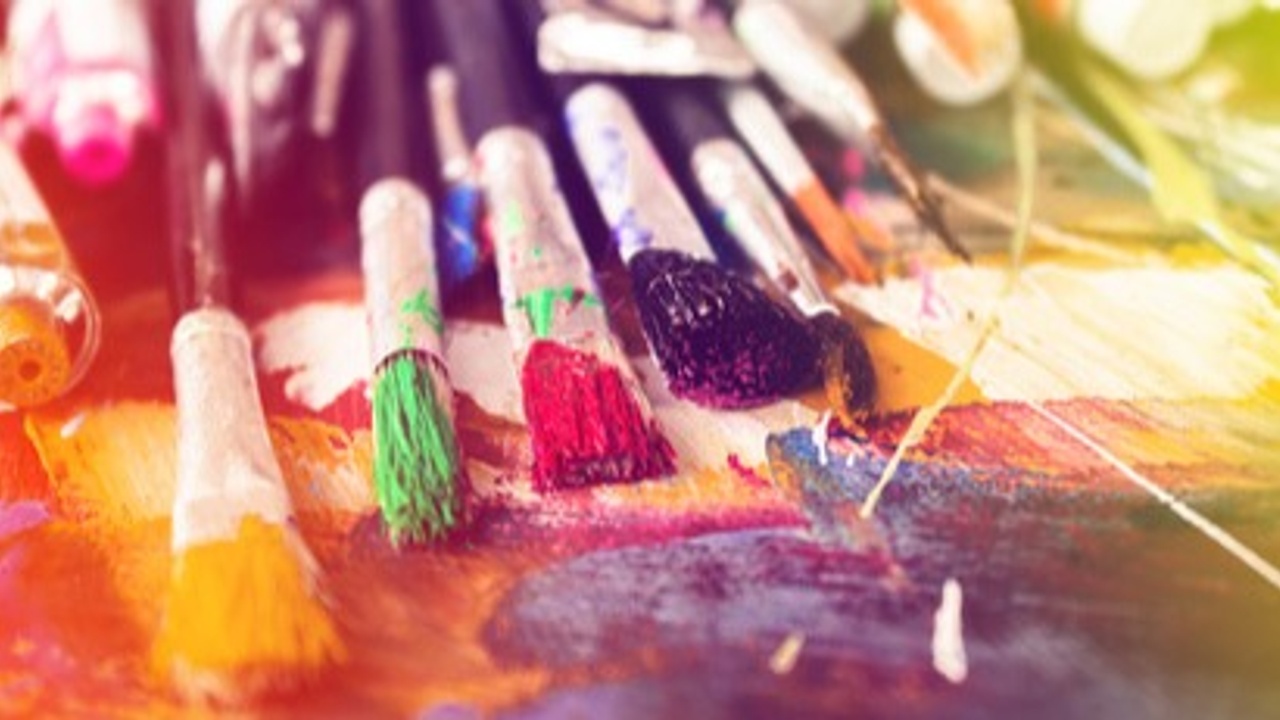 It’s funny where you can find inspiration. My then-junior in high school came home one day and asked: “Who is Bob Ross?”  You know, the famous painter of happy little trees from the 80’s.  He had seen a trailer for the next Deadpool movie with Ryan Reynold’s that started with a spoof of his PBS show “The Joy of Painting.”

After watching the trailer ourselves (caution, may not be appropriate for all ages) and laughing a little harder than our son expected, we explained who the real Bob Ross was and had to show both of our boys a video of his actual show from the archives. We thought they’d last five, maybe ten minutes but to our surprise, they were mesmerized and watched the entire episode.

His soft-spoken style and quirky humor had them smiling and amazed at how he could create a complete oil painting landscape from scratch in less than 30 minutes.  My husband and I had forgotten how full of positive energy and life lessons he was. After watching two more episodes as a family, we came away with some great quotes from Bob Ross to keep things in perspective:

You can get caught up in the pressure of the daily grind and let your imagination around your future get the better of you. Life is about the small things and the life lessons along the way.  These Ross’isms are a friendly reminder that it takes courage to step out of our comfort zone and just getting started.

What To Do With Constructive Feedback

A key theme from Ross is that we are not good at everything, and that’s ok.  He tells a story about how he studied under a master portrait painter for a year. Finally, his portrait teacher pulled him aside and suggested he stick to landscapes.

Ross laughs about this and agreed with this feedback. Learning to take constructive feedback is a learned skill as it’s important to learn what to do with that information.

This feedback could have easily discouraged Ross or caused him to resent his teacher.  Instead, he realized he needed to spend his time, energy, and focus on his passion; which was landscapes.  He turned this focus into a fifteen million dollar business. In today’s world, it is more important than ever to teach your kids how to focus their attention, energy, and time on their talents and interests.

Finally, most people don’t realize that before pursuing his passion for painting, Ross was a sergeant in the Air Force whose job it was to yell and scream and order people around.  After leaving the Air Force, he decided he would never yell at anyone again.

Ross provided value and made a big impact on his show and business, all while speaking softly and having a sense of humor.  If there is a lot of yelling in your family, ask yourself how effective that has been.  Can we reduce the volume and develop a greater connection with the people around us while achieving better results?

As Ross reminds us, the only things we have control over are ourselves and the garbage. If you are experiencing the normal frustrations of life, I highly recommend watching an episode or two of his show to gain a little perspective.  At the very least, his soft-spoken style and words of wisdom will provide some momentary relief and a chuckle. Think of it as an alternative to meditation.